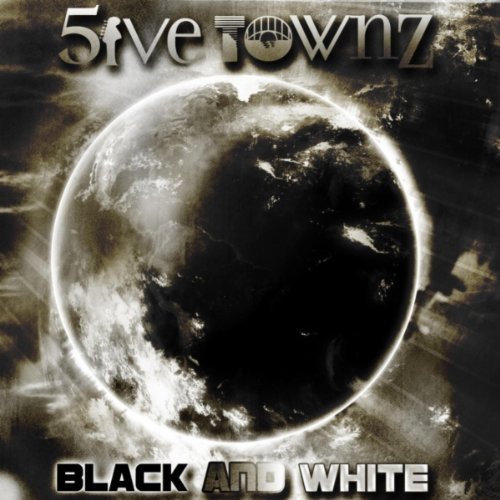 The funked-up party rockers Five Townz, whose boisterous track “Mama Told Me Not To Come” was previously reviewed on this blog, are back in action with another rowdy, cheerful single “Black & White”. The new version of this cover tune is much more amped and glam-inspired than it’s previous versions by Greyhound and Three Dog Night, respectively. The band chose to approach this meaningful track with this added “pop metal” enthusiasm because they felt it “best showcased the intensity and insanity of the race riots , the madness of the movement, the power struggles and oppression.”

In my view, Five Townz made a good move here. Only the coldest of hearts would find themselves unable to get behind an energized celebration of love and unity. The song has an interesting history and it’s because of it’s theme of collective unity that the band decided to release “Black & White” on January 16, 2012 – Martin Luther King Day.

Here’s the scoop on where the song came from, and I’m quoting from the band’s recent press release.

On May 17, 1954, the Supreme Court of the United States ruled separate educational facilities for black students was unconstitutional, thus banning segregation in the public schools (Brown v. Board of Education). Inspired by that ruling, lyricist David Arkin and folk singer/composer Earl Robinson crafted Black and White.

The band respectfully adds some lyrics that were written for the original, but never previously heard: “Their robes were black, their heads were white. The schoolhouse doors were closed so tight. Nine judges set down their names. To end the years and years of shame.”

This is quite a serious track, and it’s the choice of love over fear, the party over the giving up, that we’re hearing. When Five Townz adds the chant “The whole world is watching” towards the end, you can feel some “Occupy the world/Occupy Wall St” energy infused in the song (my interpretation). Funny that this is something Martin Luther King was working on when he died, and didn’t manage to make much headway with. Now, millions all over the world are protesting and taking effort to make positive change for everyone, not just the few at the top.

To buy “Black & White” by Five Townz, go to the band’s iTunes or Amazon page, and don’t forget to check out their Myspace as well.