Two Ways Music Fans Can Get Into Meditation: the Dalai Lama’s Album Hits Number One While Rza’s Series Poised to Change the Game 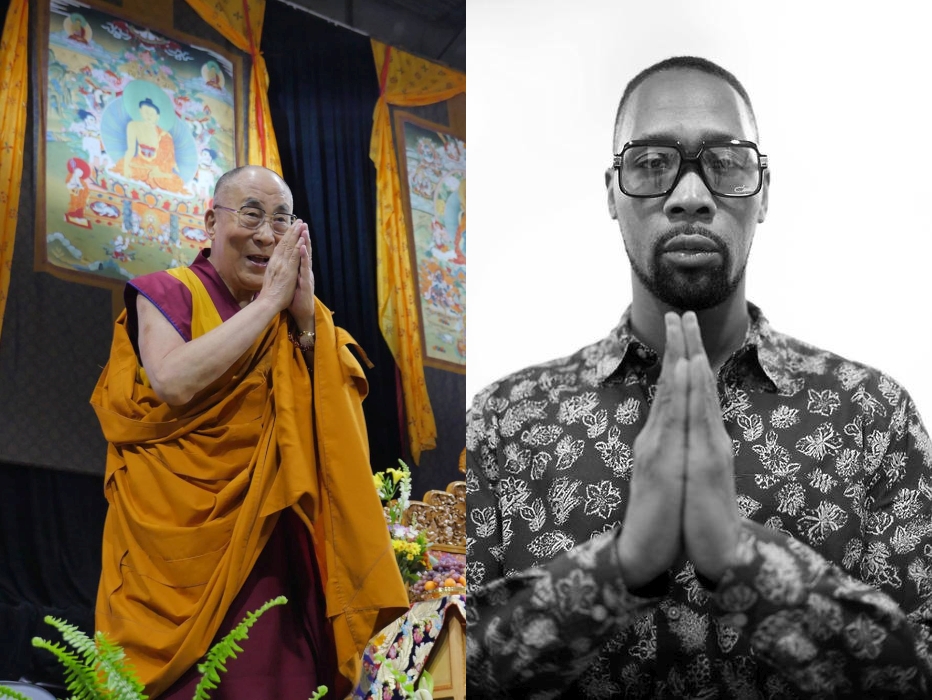 In the current social climate, pretty much everyone on the planet could use a bit more inner peace, or at least a break from the elevated stress that COVID and the culmination of equality struggles has precipitated. Many musical artists as well as celebrities have long been proponents of meditation but lately there seems to be more of a push to combine music and meditation. It may be just in time.

The mass appeal of music has always been good at breaking personal barriers and inhibitions. Given that this is a key to being open, it’s surprising that more prevalent musicians haven’t made meditation-based music. Conversely, it’s also surprising that more spiritual leaders haven’t made music-based meditations and hit the charts in recent years. There have been a few where that is concerned since the boon in the 60s and 70s: Ravi Shankar’s sublime sitar playing continued to inspire and influence music long after he worked with the Beatles and John Coltrane.

There was that lovely surge of “chant” music in the 90s which saw actual Gregorian chants from the Benedictine Monks of Santo Domingo de Silos gain traction along with artists like Enigma folding the meditative chants into ambient electronic music. Since then, however, meditative music has been relegated mostly to the underground, with bits popping up here and there in EDM but generally it hasn’t broken through to more mainstream music.

Luckily, the pendulum has started to swing back the other way this year in two very different yet equally impactful ways. In June, the Dalai Lama’s representatives announced that a meditation album would be released to commemorate his 85th birthday. The album released per the statement on July 6th and it almost immediately hit the Billboard charts. It debuted at the top spot for New Age Albums chart and subsequently hit number eight on the World Albums chart. Even more amazingly the album, entitled Inner World broke the top 100 for the all-genre Album Sales chart (Billboard, July 2020).

Despite being quite apropos for the current times, the creation of the album with the Dalai Lama was much less planned than some might think. The idea was introduced by New Zealand musician Junelle Kunin, who originally pitched the idea to The Office of His Holiness. Her original pitch was turned down but the tenacious musician, who had been working for years to find a way to pair the Dalai Lama’s teachings with music, tried again in 2015 by slipping a note to one of his assistants during an audience with His Holiness on a trip to India. Apparently that tactic work as the Dalai Lama accepted the idea himself and Junelle and her husband Abraham Kunin got to work (Billboard, July 2020).

The way the album is set up is quite simple, but it makes a bit impact. Kunin recorded the speeches and teachings the Dalai Lama wanted to be on the album and then set them to music, along with recitations Seven Buddhist Mantras by the Dalai Lama. It’s a very peaceful musical journey and the Kunins finally reached their goal of pairing these important teachings with music. Bringing things full circle, Anoushka Shankar, Ravi Shankar’s daughter, even features on one of the tracks. There are also a number of visualizers and meditative videos from the album are available on YouTube.

Presumably on the other side of the spectrum but doing his own part to help with the same goal of disseminating more inner peace to the public, Wu Tang Clan producer and founder Rza also began a series of musically-based meditations this year. The Guided Explorations EP released as a free video on YouTube in February but its simple message, along with those famous Rza beats, is still making headlines and he continues to do daily meditations on Instagram.

It’s been widely known for many years that there’s more to Rza and his Wu Tang Clan than just those sick beats. The label head has been very open about his training in Shaolin spiritualism, all the hidden meanings behind Wu Tang, the 36 Chambers and even their iconic symbology. He and other members of the Clan like Gza and Ghostface Killa have studied and spoken about spirituality and its link to veganism, the different ways to live a spiritual life and how music can heal the soul.

Rza even scored and appeared in the 1999 cult classic film Ghost Dog: the Way of the Samurai, which followed a modern day “Samurai” (Forrest Whitaker) as he fulfilled his debt of honor to an Italian gangster. In the movie, Rza and Ghost Dog meet on the street and exchange a knowing nod, each on his own ancient spiritual path. Rza’s soundtrack and score was also essential to the film, containing recitations by Whitaker from the book  Hagakure: the Book of the Samurai by Tsunetomo Yamamoto over Rza’s beats. These quotations were woven into the movie and introduced each phase of the warrior’s path and the music demonstrated Rza’s understanding of the content and the point of the movie. While his spirituality was already well known in indie hip hop circles, Ghost Dog declared it for the masses.

Guided Explorations is quite different from the Dalai Lama’s Inner World in that it is a series of intentional guided meditations. He sets up the procedure for meditators to ground and really meditate with him. Then, the meditation is split up into tracks or “sections.” Each one has a purpose, i.e. “Kill the Noise,” “Bite or Stop Barking,” and “Making Moves” and can be listened to individually or all together. Each one starts with a lecture about the point of the section by Rza himself, set to hip hop beats, and from there he folds in the visualization for the meditator sort of as if telling a story. He uses plain language, does not refrain from NSFW language, pulls no punches (read: an actual meditation track called “Bite or Stop Barking”) and, even while discussing very expansive topics, is still 100% Rza.

While Inner World and Guided Explorations approach the topic of meditation and spirituality from apparently widely differing angles, just as with anything else to do with real spirituality, there’s a vein of similarity there. Both projects have clearly managed to reach a wider audience that may not have been interested in meditation otherwise and, most importantly, both projects have connected that core of musical connection that runs through all of us to some more specific meditative topics.

This marriage of sound and spirituality will hopefully cause those who have felt meditation had to look or sound a certain way to understand that it’s really just finding the practice that resonates most with each individual. For some, it’s the teachings of the Dalai Lama set to ambient, binaural tones and for others it might be a hip hop legend taking them to the “Gravel Pit.” Either way, both Rza and the Dalai Lama have re-started an important musical function. Let’s hope it continues and we can all derive some peace from whatever medium makes us feel whole.