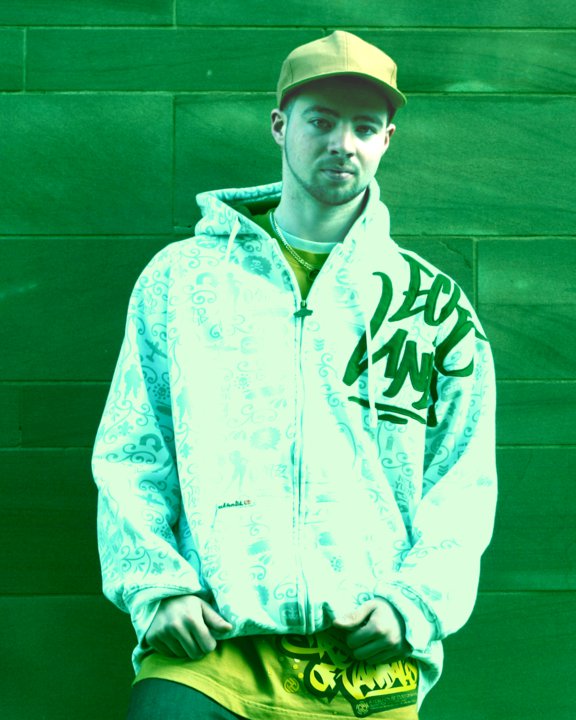 Today we have an exclusive interview with UK rapper Ricta, who is celebrating the release of his debut LP “Snacks & Deception”. Tell us about “Snack & Deception” and what we can expect from this new release.

I’ve actually been working on the album for over a year and a lot of effort and whole lot more has gone into the whole project, I really wanted to make an album that has similar qualities that I love in albums… not just beats and rhymes but also the scratch hooks and segments, the bonus pieces, structured and thought-out production… all those things that make an album rather than just a collection of songs.

It isn’t about an alter-ego or anything like that… It’s straight up “Ricta”, who I am, where I’m from and the story I have to tell put into the format of some dope music ! It feels odd to say but I think that authenticity is one of the main things that will set the album apart, this ain’t rapping about cutting people in half with chainsaws.

You’ve earned the respect of some major artists. Opening for Wu-Tang’s GZA is something most rappers would kill for. How did that come about ?

I’ve opened up for quite a lot of big names over the last couple of years, It’s all about networking with people, sending those e-mail’s and making those phone calls… and support your crew !

Having said that its secondary to the fact that you have to have good music and you have to have a good show or else promoters aren’t going to want you back or pass recommendations onto others, not to mention the fact the number of artists trying to get slots for the amount that are available is not balanced… it’s pretty much like crabs in a barrel so you have to stand out and have a tight show !

I personally think the best form of promotion is the live show cuz your right there in front of someones face, they can see you, hear your music and gauge what sort of person you are and almost instantly make a snap decision whether or not they’re going to like you, even at a 200 capacity show where no one knows you, that’s 200 chances to get a new listener. It’s definitely worked out very well for me.

The online space is very much saturated in certain forms, Facebook and Twitter etc,. have become so cluttered with everyone spamming links to their own music and there’s so much bad music out that most people aren’t even looking unless It’s someone there already running with… for me personally if someone drops me a generic spam message I’m probably not going to check it.

Ah man, a lot of people for a lot of different reasons, I have a lot of respect for people that have built there own fanbase and career from the ground up, even in places you wouldn’t expect… The Returners from Poland have a big following worldwide now because they made dope music and stayed true to what they know ! Do You ! haha

Just don’t give up, if this is really what you want to do that is, If you know in your heart this is what you wanna do then don’t let no one stop you or tell you what you can do ! Don’t try to sound like the next guy or switch your self up to fit into the little circles, start your own shit. I’ve had people that used to blank us when I reached out to them who at the time were a ‘name in the scene’ now asking me if they can open for us at shows, don’t conform make dope music !

How can music fans keep tabs on Ricta?

The best place to go is my website www.therealricta.com and watch the blog for all the latest ! Pz !