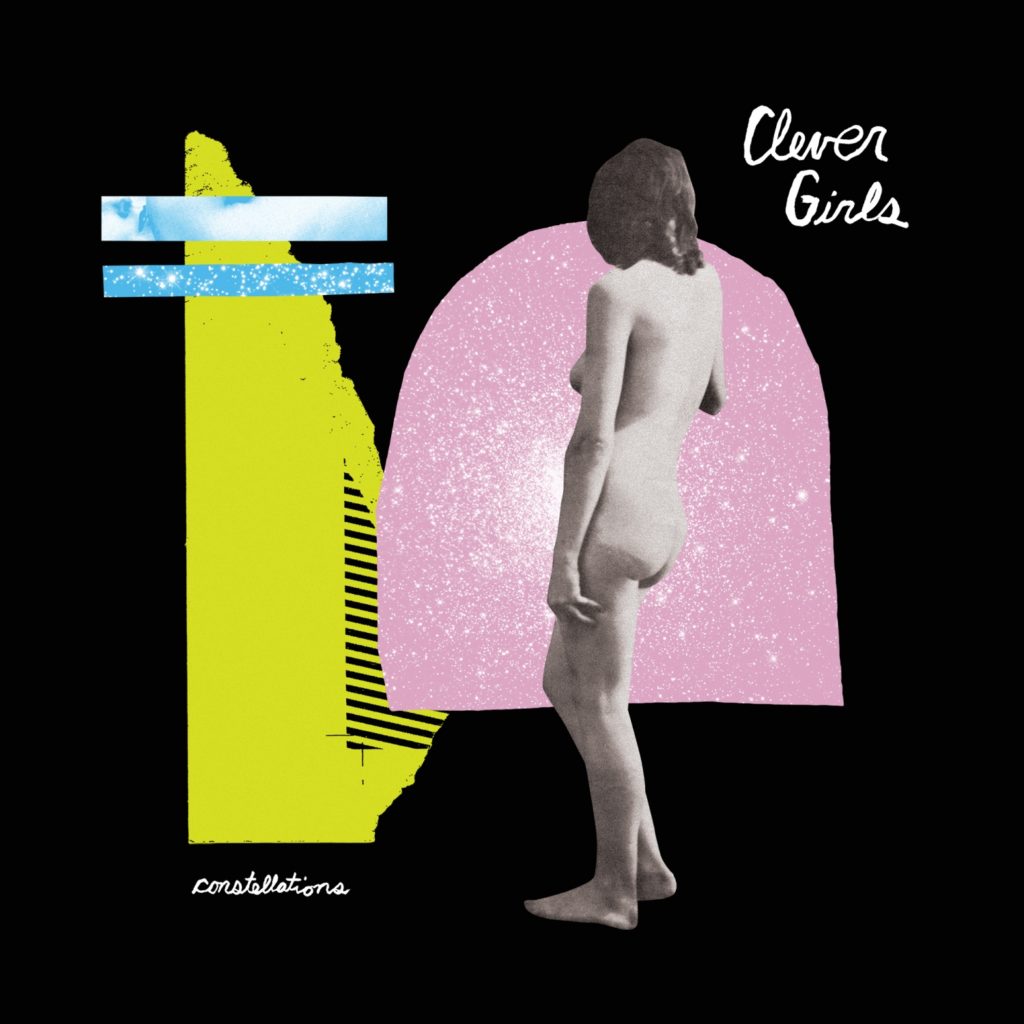 Clever Girls find their lane and stomp the gas pedal on their second album, Constellations.

This fourpiece, out of Burlington, VT, have crafted an endearing set of songs. Led by lead vocalist and songwriter, Diane Jean, Clever Girls explore life’s misgivings through expert songcraft. Winfield Holt on guitar, Tobias Sullivan on bass, and Rob Slater on drums provide a flashing rumble of indie-rock orchestration. The group have been defining their chemistry for four years and put their debut, Luck, out in 2018.

With Constellations, Clever Girls create a pandemic-era classic. Jean’s voice is feathery soft, vulnerable and gets swept up in the sound. They tease emotion out of every lyric, writing songs with intent, lacing layers of meaning with tongue-in-cheek observations.

The songwriting is enveloped brilliantly by the instrumentation.

Guitars swell and spill, erupting in almost-cacophonous noise, but stay contained. Clever Girls can be like Broken Social Scene at their nosiest, or Courtney Barnett at her bag-eyed druggiest. Guitars thrash in their own ambiance, or settle into a drifting feedback fog.

Constellations initiates like an opening scene, on a dark street, with “Come Clean.” Jean sings like a broke-winged bird to some slow-pounding floor toms. “I’m spilling my guts like a little baby / and you wear on me like coffee stains,” they sing. As the song climbs for crescendo the guitars come whirling to life.

Some songs just catch you with a feeling. Jean details the conclusion to a relationship as the guitars tremble and wallow around them. “Womxn” breaks the album open, rolling in like the wind from the next town over’s storm. Jean sings in an empty room, reverb dripping, until the storm of guitars arrive and the song blows apart.

Clever Girls started 2021 releasing “Baby Blue” on January 13 as the first single. Written three years prior, Jean explains the song is “about the euphoria that occurs when love and emotional safety are reciprocated in the face of loneliness.”

Jean, who recently came out as queer and gender non-conforming, wrote the song about the heavy burden of that interpersonal conflict. “I really wanted to capture that feeling,” they explain. “The vocals sound defeated [because] I recorded it directly from my sleeping bag.”

Constellations will be released digitally and on vinyl March 26 through Egghunt Records, out of Virginia.