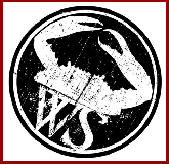 In this overly saturated genera/market with a plethora of artists coming out of the woodwork, armed with nothing more than a PC, Microphone, a guitar and a crappy sounding CD – it’s nice to know there are a few bands that can still rock out. These artists I speak of manage push their music out to the world and much of it do I dare say is substandard to say the least. So what do bands like Tool and Stone Temple Pilots got that 4 pice Alternative Rock band Walking Sideways don’t? Not much if you ask me save the multi million dollars promotional machines and major record label support. Walking Sideways breaks the mold with their powerhouse sound and delivers invigorating music that has a deep seeded hard pop rock feel to it. The band is red hot and the production value is rock solid for an Independent Artist. Musical overtones that will remind you of acts from The Kills, Foxboro Hot Tubs, Offspring, Blink-182 and even Wolfsmother. Right now after hearing their music and checking out a few of their live clips – I can honestly say this is what we’ve been waiting for. I don’t say stuff like that often. All in all a well rounded CD that has much to offer the listener. Aapparently there are still a few bands out there believe in melting your face and making your ears bleed.

Final Word: Walking Sideways stands out from other Indie-Alt artists in a good way within this very saturated singer/songwriter market. Their answer to mundane music is to deliver something unique with a breath of fresh air, a rumble tumble signature sound and a powerful message to call their own. The strong suit of Walking Sideways is their passion and their ability to write you a powerful piece of music via solid musicianship and deep messages that speak to the heart and mind.