Psychedelic Rock quartet What Strange Beasts may hail from Washington, but they have their sights set for deep space on their dazzling, sprawling new 26-track album “Starlight’s Castaways”, out February 3, 2023 on streaming platforms. Made up of a group of friends who connect like family, this band tackles deep subject matter, science, philosophy and the human predicament with ample emotion and personal touch. Lyrically and musically, they are in sync and collectively setting the controls for the heart of the Sun.

From the band: “When we write a song, it’s personal. It’s always personal. The characters and concepts in the music are metaphors for emotions we are all experiencing to varying degrees and the stories give us a way forward with those feelings.” 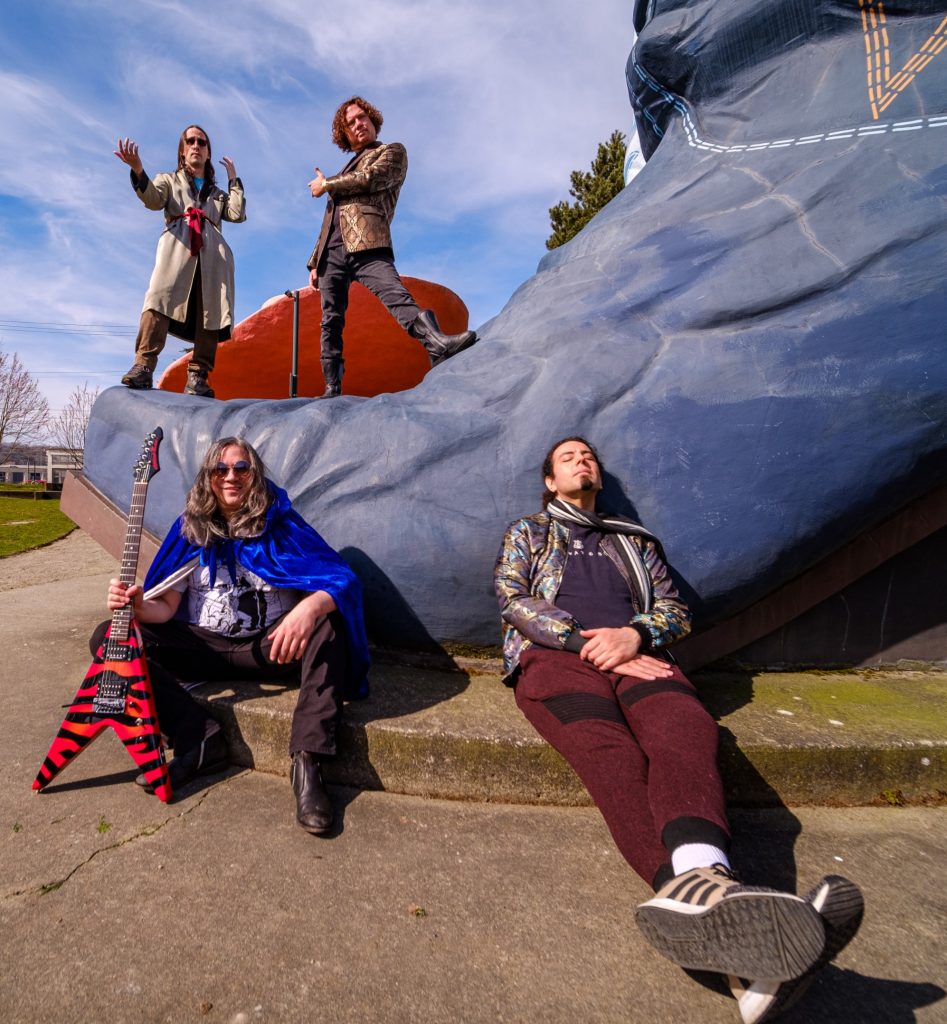 On their seemingly quantum entangled connection, Aaron Kremer says “The chords for Ocean Glass came to be in response to a long time relationship fading away, and wishing that wasn’t so. While playing it one day in the rehearsal space, Ben started singing words about trying to reconnect with someone, someone not spoken to in a long while. Stopped playing and asked him “How’d you know that’s what this song is about?” “I could tell by the chords you were playing,” he said.

Jonathan added lyrics from his own similar experience, and Mo added both gentle and searing lines that fit the theme perfectly That’s the level of connection and communication between all of us” 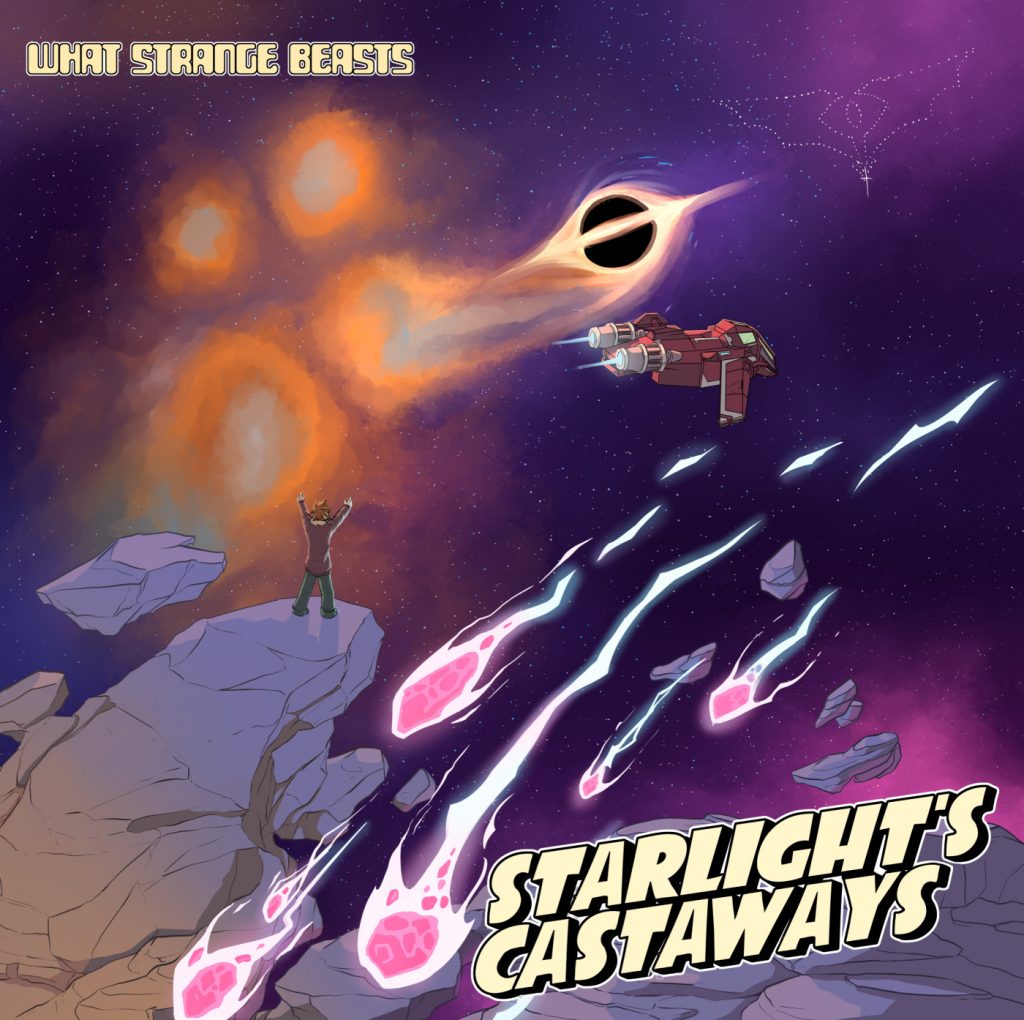 A thematic sequel to their immersive debut album “The Maestro’s Tale”, “Starlight’s Castaways” showcases What Strange Beasts as a formidable melodic force, brimming with vocal harmonies, celestial arrangements and an ever-pulsing rhythm section. Ample technical wizardry abounds, and yet you get the clear impression that these are real people with real emotion behind the curtain.

“We built this album around a space theme to reflect on feelings of distance, isolation, loss, introspection, and ultimately the relief of interpersonal connection. We wrote that which we felt while hunkered down in our own ‘space ships’ through the harrowing trials, and the few stolen moments of joy, of a global pandemic. As a lyric notes: “Every hour’s a gift: The signals, the noise, the sorrows and joys.””~ Jonathan Maxwell

“Because of the pandemic, instead of playing live, all we could do was write. And so what wrote what was on our minds and in our hearts. Six feet apart in a garage with masks on, we pressed forward, adding more and more as time went on. And once more, what seemed like an eclectic and disparate bucket of ideas from the four quadrants of our galaxy came together like a kind of cohesive constellation that pointed a way toward the stars. Our grief and frustration was punctuated by wry humor and a persistent hope that we would all find our way–together.“And maybe it’s best to let sleeping dogs lie / You can’t clear away all the clouds in the sky.”” ~ Benjamin Ruby 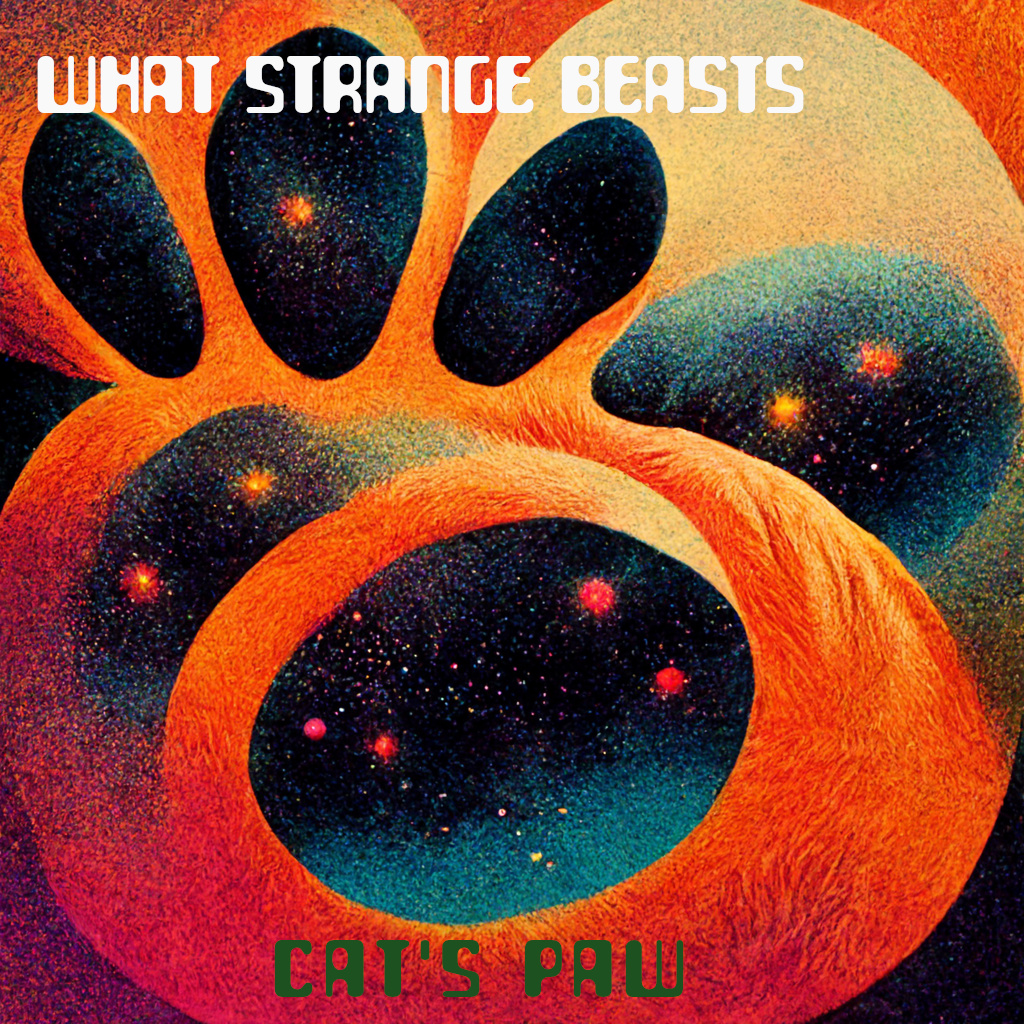 About Cat’s Paw: “Alley’s song idea was one we really workshopped quite a bit to get the right feeling to the lyrical flow, and really capture the offsets of chaos and excitement that the sound brought.”

Save “Cat’s Paw” on streaming platforms.